She alleged Bumi Segar Indah advisor Datuk Tamrin Abdul Ghafar met with Lim about the projects in 2018 before being awarded by the Finance Ministry in 2019. Lim was the finance minister at the time.

“The company Bumi Segar Indah’s advisor, Tamrin Tun Ghafar, who is a prominent PH supporter, met on their behalf with the then minister of finance himself on November 26, 2018.

“It is at this meeting that Lim Guan Eng not only discussed the renegotiation of this project but agreed to reduce the tipping fee cost by 10 per cent less from the original cost, purportedly to save money for the government.

“Lim Guan Eng then advised Bumi Segar Indah to approach KPKT to present and follow up with the formal proposal. Subsequently, the project was approved by the Ministry of Finance under Lim Guan Eng by letter dated 20 February 2019 from it to KPKT secretary-general,” she said in the statement.

Yesterday, Zuraida denied all knowledge of the two projects awarded through direct negotiations by her ministry under Pakatan Harapan (PH) said to be worth around RM170.8 million, which Finance Minister Tengku Datuk Seri Zafrul Abdul Aziz revealed on Wednesday.

She said she would “investigate” the two projects that include the Taman Beringin solid waste project worth RM170 million and the Century software accounting system worth RM501,206.37.

PH leaders have mocked Zuraida for saying she did not know about the direct negotiations and her previous insistence that none took place under her.

They juxtaposed reports of her denying knowledge of the projects with others showing her visiting the Taman Beringin facility last year.

Tengku Zafrul released the list after PH lawmakers demanded that he substantiate his previous disclosure that RM6.6 billion worth of projects were awarded without tender during the coalition’s administration.

However, the majority of the disclosed listwere for projects either completed before PH won the 14th general election in May 2018 or begun by the previous BN administration.

After PH’s rivals used his disclosure to claim PH reneged on an election promise, Tengku Zafrul asked that his remarks not be used as political capital.–MalayMail 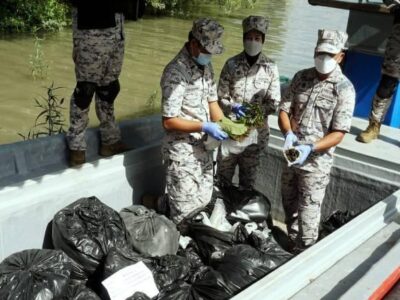